A Bollywood film showcasing the power of female friendship and casually introducing a “friends-with-benefits” relationship should be something revolutionary, especially when it also has a phenomenal soundtrack. Cocktail turns the most common Bollywood rom-com trope of 1995-2010 entirely on it’s head. We were already used to seeing the story, “Indian guy sleeps with modern Western girl, but he can never actually have feelings for her, so the second she inevitably falls in love with him and he is confused about his emotions because he likes her but is repulsed by her [figurative or literal] white skin, he happens to meet a nice Indian ladki who embodies the perfect combination of modern and traditional and they get married and live happily ever after.” In 2012, Cocktail took this same overused plot and made it into something that was entirely it’s own, showing the very same internal male battle that we’re used to from the females’ perspective. At the start of the film, Meera and Veronica complement each other perfectly on their opposing sides of the modern/traditional spectrum; throughout the film’s entirity, Cocktail does a phenomenal job showing the struggle each of them faces in trying to find that perfect balance between tradition and modernity that society expects women to embody – and does so without forcing the audience to endure too many whiny internal emotional battles from Saif Ali Khan.

For the record, that girl is Saif’s client at work.

However ground-breaking Cocktail‘s premise, though, this was still just a film made by men for male audiences. Saif Ali Khan’s character is still a representation of some sick male fantasy, where a man can approach any girl with an offensive pick-up line and expect her to fall head over heels in return – but I wouldn’t expect anything less than self-aggrandizement from a film that comes straight out of Saif Ali Khan’s own production studio. If there is a single real life man who actually treats women like Gautam does and yet has never been shot down before meeting Diana Penty, please show him to me so I can shoot myself in the head.

Sometimes the girls falling in love with Gautam get as much as a song sequence to explain their behavior, and that’s about the closest we get to plausible character development in the entire film. Meera changes from hating Gautam to loving him over the course of “Daru Desi”, Gautam changes from loving Veronica to loving Meera over the course of “Tum Hi Ho Bandhu”, and Veronica changes from depression to happiness with “Jugni”. Veronica has two huge life-changing realizations about how she needs to change her jungli ways and become more domesticated and tolerable to the men in her life: One comes about via a simple quip from Gautam’s mom; the other comes via suddenly getting run over by a car. Deepika’s acting is SPECTACULAR in this movie, and STILL her character arc just isn’t remotely believable. 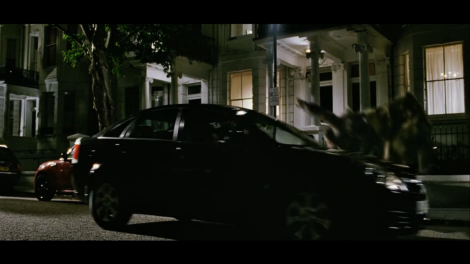 While Veronica and Meera’s relationship is definitely the highlight of the film, the female friendship that is showcased in Cocktail is still limited so much by the men around them. Both girls react against each other when Veronica finally finds out that Meera and Gautam are having a bit of an affair – when Meera had been rejecting his advances! Gautam is the one who lied about his relationship with Veronica, denied his feelings for Meera, and repeatedly initiated intimate contact with his girlfriend’s roommate while they all were living together. Ladies vs Ricky Bahl is a problematic movie that makes the same amount of sense plot-wise as Cocktail, but AT LEAST in Ladies the ladies stuck together and turned AGAINST the remorseless, way-too-arrogant-for-his-mediocre-looks piece of shit who was ruining their lives. 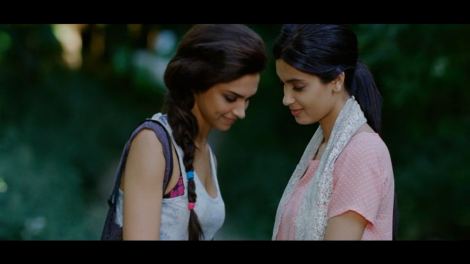 Most of what I’ve mentioned can somewhat be excused by the fact that society doesn’t give women the opportunity to stand on their own, or by the general role that song sequences play in Bollywood of expressing those moments of character development too intense to be expressed in words. What can NOT be excused by anything, though, is the completely regressive morals that the movie ends up preaching in the second half:

Veronica’s boyfriend lies about her to his parents, cheats on her with her roommate, and then watches her get run over by a car. After all of this happens, she stops drinking and starts cooking for the aforementioned asshole, because clearly drinking was the problem in Veronica’s life and not the shitty people she’s gone out on a limb for. People, when your significant other turns out to be a lying cheating piece of scum and then you get hit by a car, drinking isn’t the problem – DRINKING IS THE SOLUTION.

Maybe drinking can also be the solution to how terrible this movie is?

Anyway, once Veronica has domesticated herself, she realizes all the mistakes she made in her relationship with Meera. What are these mistakes, exactly? Being too good of a person? Helping out a stranger in her time of need? Expecting her best friend who she would do anything for to NOT sleep with her boyfriend? Or, failing that, at least to be honest with her about it? And, failing that, at LEAST to apologize and be there for her when she’s understandably upset by this instead of staying silent and running away like a little bitch? Who knows, but Veronica realizes in the end that she has to fly all the way from London to fucking India for this girl. Because it is VERONICA who is the crazy irrational one, who has to change everything about herself to fix things with her cheating ex, fly to India to fix things with her scaredy cat ex-roommate, and then arrange the two’s fucking wedding. Because Veronica drinks, speaks English, lives in London, has sex, and didn’t give a shit what boxes society wanted to fit her into (until this shitty plot dictated that she had to feel otherwise) – and that’s more important than whether or not she actually did anything that was morally wrong.

That’s right Deepika; feel the shame of having a vagina.

Listen to more, including a defense of the movie,
on WTF Bollywood Podcast:

4 responses to “Cocktail: Or, More Appropriately, “Vodka Shots Until You Get Run Over By A Car””